4 Knives you need this BBQ Season 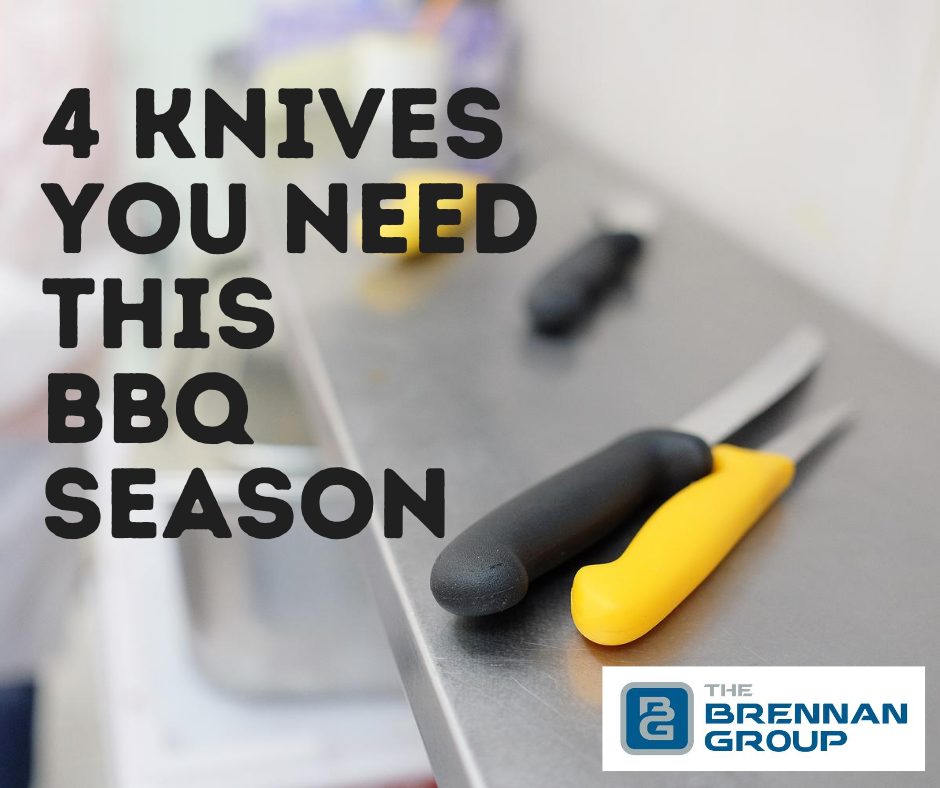 BBQ season has arrived,Are you prepared to handle the BBQ season and host a party for your near and dear ones? You will obviously need to make some preparations like – store pieces of coal, cleaning and preparing the BBQ as well as keep your knives sharp and ready to use.

No matter what meat you’re using, you will have to deal with a lot of chopping, slicing, trimming and dicing the meat. If the meat is not cooked or sliced well, it can be a major turn off, especially at a BBQ party.

So what kind of knives do you really require to handle a barbeque?

Let’s have a look!

Boning knives are primarily used to separate the meat from the bones. They are sharp and pointy with a sturdy grip. The handle is thick and allows you to have a firm grip on the knife.  It is the best knife for removing unwanted fat and cleaning up the meat. It can be used to trim the fat caps on the briskets and to remove smaller fiddly bones which are found in chicken as well as fish. It is an important tool while preparing a BBQ.

The slicing knife has a long blade. Some slicing knives have a blade which is curved at the tip while some have blades that are round at the tip. They are usually required for precision cutting of the meat into smaller and thinner slices. They are also suitable for slicing roasts, barbequed beef and pork. A slicing knife is majorly used to slice the meat right before serving. The long and sharp blade of this knife allows you to make the cuts in the meat in just one go. It comes in handy while slicing any type of meat like pork belly or ribs, brisket or even ham.

The chef’s knife has a thicker and almost a triangle shaped blade with a pointed end.  Some of these knives also have a scalloped blade. This knife is necessary to any kitchen setting, be it home kitchen or a BBQ. It can be used for trimming, slicing, cutting and chopping meat. It has a prominently thicker blade when compared to other knives and hence can be used to cut into thicker meat. It can be efficiently used on a cutting board to make quick and precise cuts.

This knife is comparatively a smaller knife with a plain edge blade. This kind of a knife is generally useful for peeling, removing seeds, de-veining a shrimp and skinning. It is a replica of the chef’s knife, but as it is smaller it is handier for the smaller jobs.

Besides these 4 knives, it is essential that you own a meat cleaver, which helps you to chop and cut through thick slabs of meat. With a range of knives like the ones mentioned above, you can have an easy and stylish BBQ.