History of the Meat Mincer 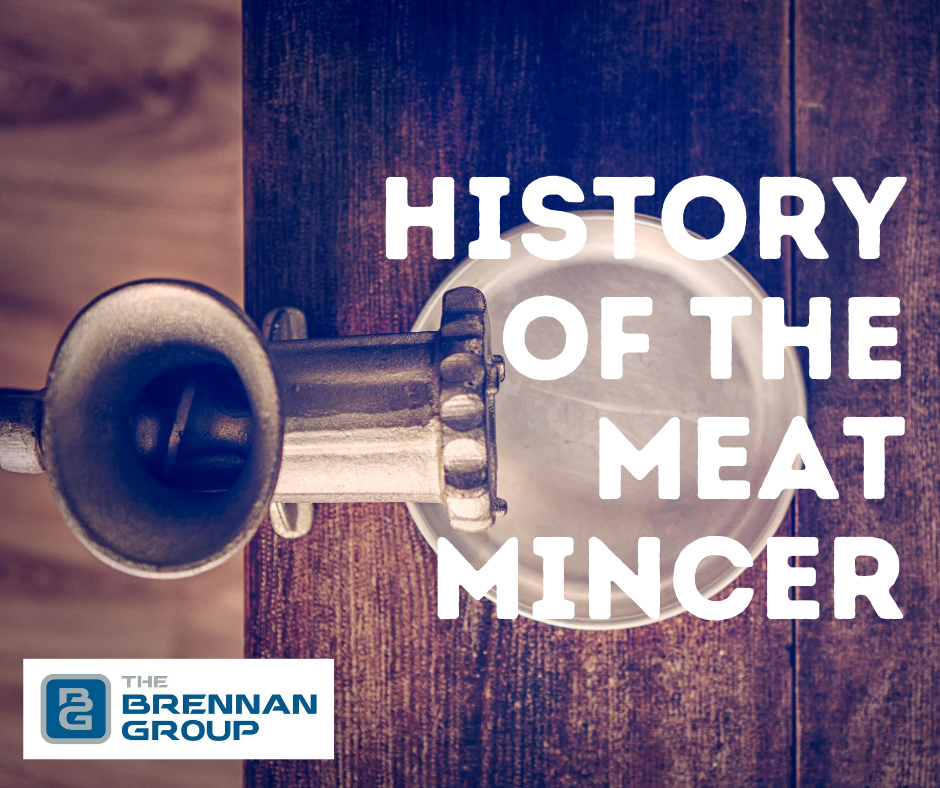 A meat grinder, commonly known as the meat mincer in Ireland is used for chopping meat into fine pieces. Alternatively, it can be used for mixing of raw or cooked meat, fish and vegetables. It is the best way to process meat and is a widely used piece of equipment by butchers.

Butchers have been known to use either mincing knives or meat cleavers in the kitchen for years to produce a quantity of minced meat. This resulted in a slow and laborious process of meat mincing for the butchers.  The advent of meat mincer has not only made the mincing process easier but also faster for the butchers.

Let’s have a look:

Invention of the Meat Mincer

The first meat mixer or meat mincer was invented in the 19th century by a German inventor named Baron Karl Drais.  Although some versions of the device date back to much earlier. The oldest form of meat mincer was hand cranked which forced meat through a metal plate with several small holes in it, which resulted in long and thin strands of the meat. The meat was fed into the funnel that was placed at the top of the mixer. This meat would pass through a hand cranked screw conveyor that would squash and mix the meat before passing it through the metal plate. Needless to say, this was again a slow and laborious procedure to follow to produce large quantity of meat.

With passage of time, this hand cracked machine became powered by electricity. The meat mincer has a great adaptability and efficiency now. The huge variety in mincer plates allows a butcher to produce different types of minced meat in any shape desired.

However, traditional manual meat mincers have not really changed a lot. They are manually operated and made of cast iron, as earlier. They are similar to the original mincer designs, dating back to the early 1900s. Some butchers still prefer using a variety of mincer knives.

The electrically operated meat mincers are more complex in design but provide the same functionality. They can produce several pounds of meat within no time and that too, in a uniform pattern. The food ingredients are fed into the top loading funnel and automatically get shifted to the grinding process. Current models of meat grinders have different kind of mincer plates or accessories that can be used with them to provide varied functionality ranging from sausage making, kibbe to juicing.

Invention of the meat mincer has brought about a vast modernization in the meat industry. A commercial butcher can solely produce up to several tonnes of minced meat in an hour with the required type of mincing plate. Currently, the meat production business is not only one of the most highly efficient but also is a very lucrative market worldwide.